Six regions, as different as they are lustrous, reflect the diversity of the vineyards of Vaud. Their setting is noble, seemingly boundless. And their many moods...?

Dominated by rocky outcrops of the Alps or reflected mirror-like in the waters of Lake Geneva, they are spectacular!

You can easily lose yourself in La Côte, canton Vaud’s largest wine-producing region, with 2,000 hectares of vines that stretch from the gently undulating border lands in Geneva to Lausanne. Don’t worry, points of reference are always in sight, starting with Lake Geneva, of course, which operates a thermal regulator effect on the grapes here. Then there is the Jura, which offers a protective shoulder against the north winds. The string of hillside villages has names that sing out - Bursinel, Tartegnin, Féchy, Vinzel – with their cozy auberges and cool wineries that invite you to climb to reach them. 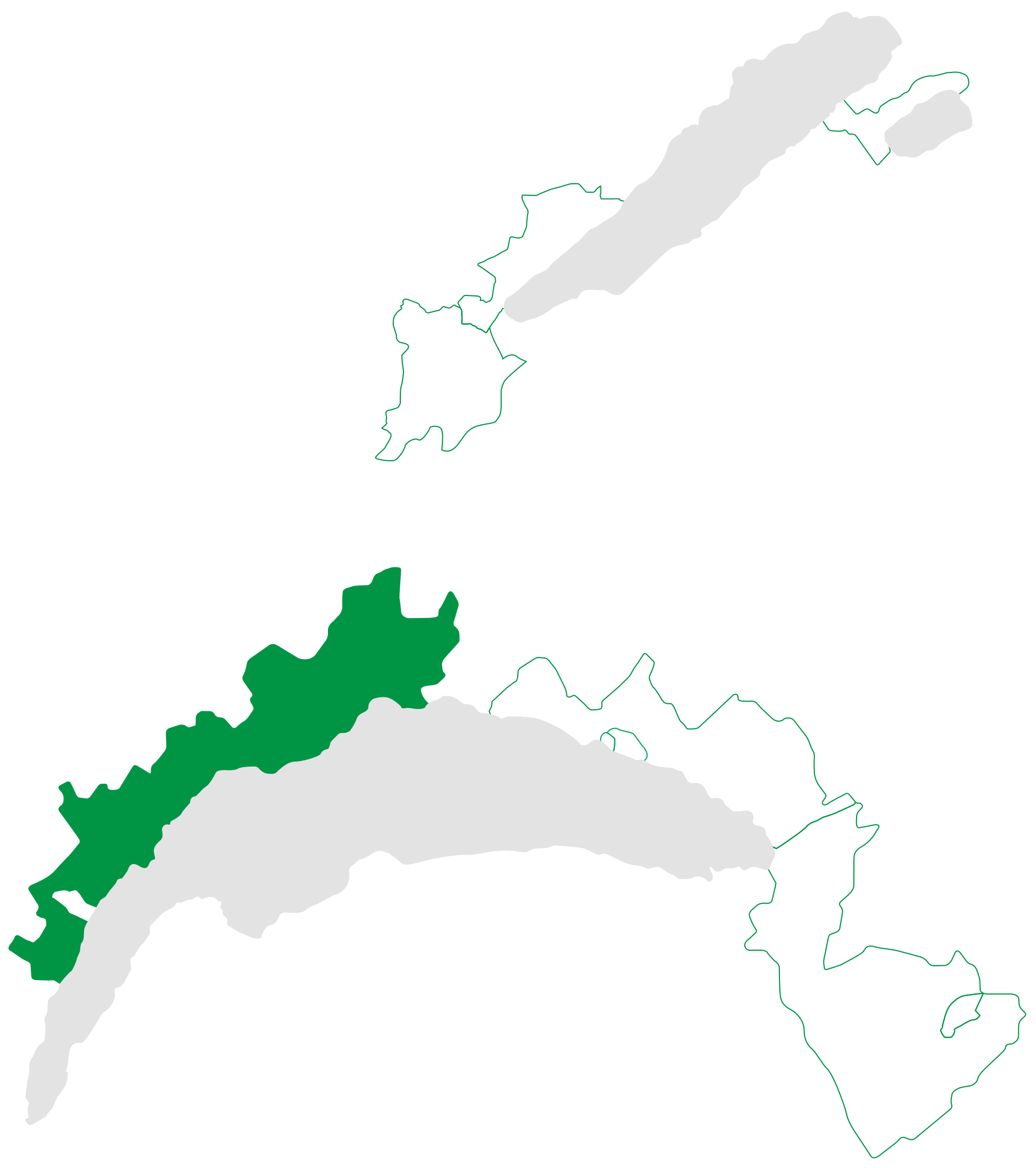 Vine parcels are compartmentalized and organized to some extent by the streams and creeks that wind through them, leaving hikers refreshed and with a sense of intimacy with the land. The 32 impressive chateaus and manor homes attest to a past where a secular tradition dominated life in the vineyards. But this is Vaud, and the past is not what leads visitors on here – it’s the terraces and open doors to the cellars with their extraordinary diversity of wines within the appellation.

“The smallest of the great Swiss wine regions” beckons to the hiker and wine-lover to learn more, along the paths of the step-like hillsides between the shores of Lake Morat and Mont-Vully. The area is off the beaten path and yet it serves as meeting point of cultures: a stone’s throw from the Romans’ Avenches, straddling Vaud and Fribourg, at the point where French-speaking and German-speaking Switzerland brush shoulders. 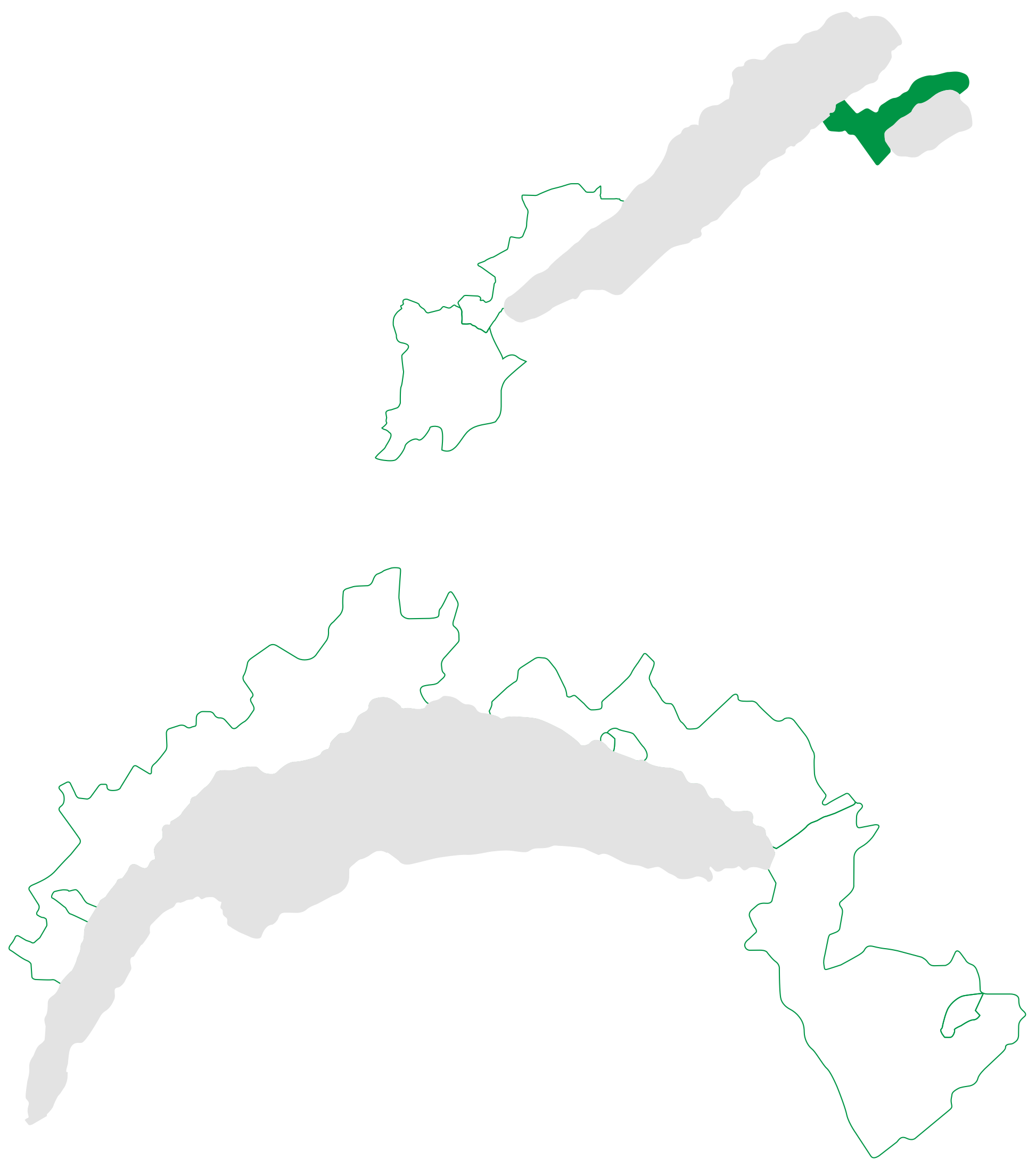 It’s a paradise of fine old domains with their stately homes and well-aged vines, and yet it’s also a hotbed of young talent, fresh out of the best oenology schools and filled with ideas about how to push their appellation to the level of the great ones. Vully in Vaud is only 50 hectares in size, but in this small space the wine producers have created a collection of wines that reflect the entire range of grape varieties and aromatic nuances of the canton.

After Chillon, the world changes. Lake Geneva gives way to the Rhone and the 590 hectares of vineyard in Chablais, from Villeneuve to Bex, head off towards the first foothills of the Pre-Alps. The soil is mainly rocky – a gigantic rocky landslide covered Yvorne in 1584 – and limestone, which gives these wines their remarkable mineral nature, typically with notes of flint. The foehn, a wind from the south than can be wild, is a major player here. It heats and dries the grapes in the autumn, which makes it possible to create wines that are warmly powerful, often soft and full.

The vineyard trails of Chablais lead to the start of canton Valais, which it hints at with its increasingly Alpine face – and by the boulders that lie here and there, sprinkled around the vine parcels. Despite being at the edge of the canton, for many people in Vaud the Chateau d’Aigle sits in some ways at the centre of the world. The castle is home to an exceptional wine museum known far and wide. More recently, it has become home to the Mondial du Chasselas international wine competition, held annually and dedicated to this grape variety.

Dézaley and Calamin may be the pearls of the Vaud vineyards, but Lavaux is the prestigious jewelbox. From the gates of Lausanne to the majestic silhouette of the Chateau de Chillon, these 760 hectares of vines are sometimes on dizzyingly steep slopes, planted in terraces that are often tiny, whose soils of clay-sandstone, marne or schist are wrapped by a net-like structure of white walls. 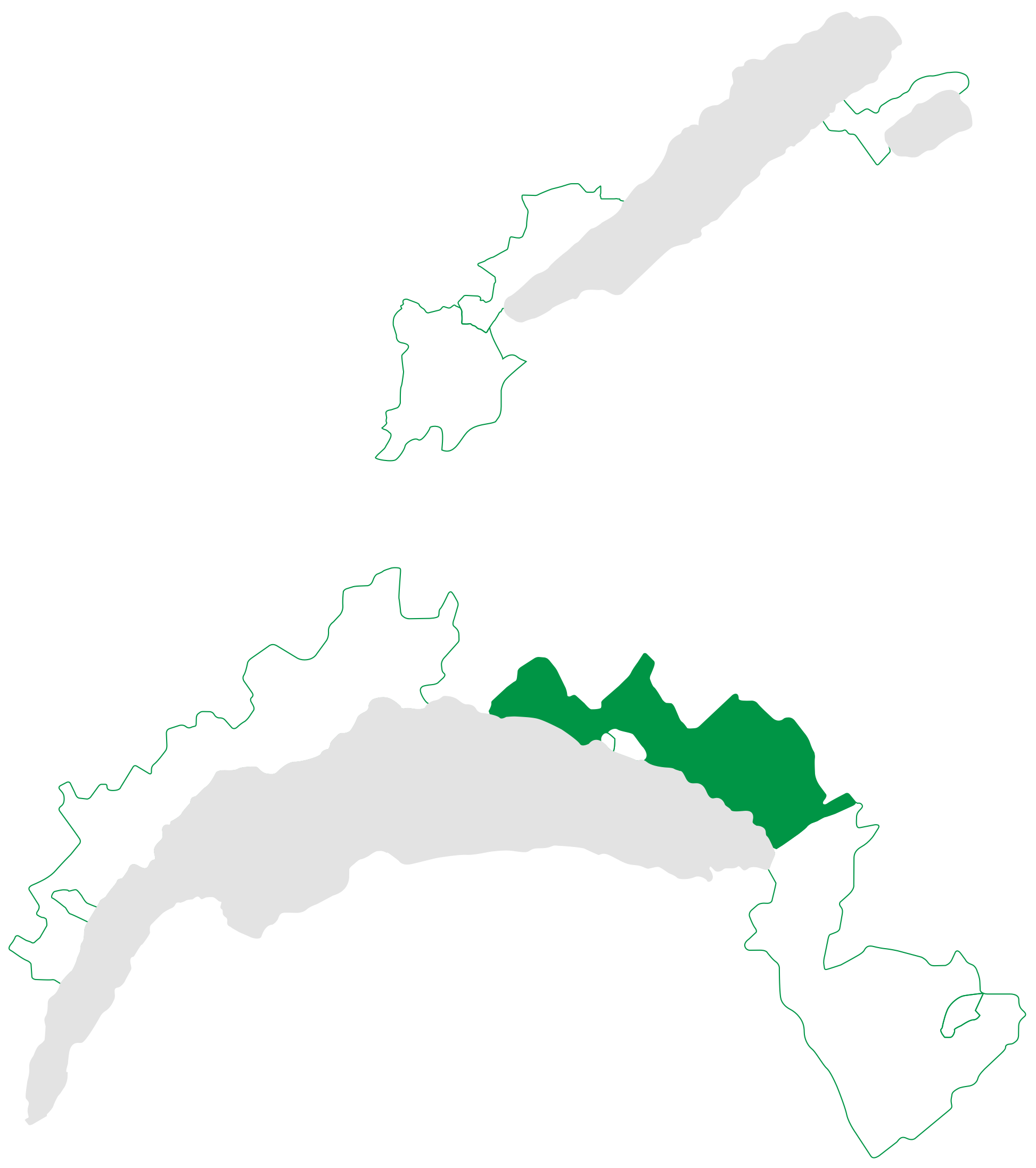 The dramatic beauty of the site led to it being registered as a Unesco World Heritage site in 2007. The best way to immerse yourself in the world of Lavaux is to crisscross it following the many footpaths and well-marked trails, where every detour leads you into the history of the Cistercian monks who designed the vineyards and planted the vines, the writers who sang its praises, from Ramuz to Gilles, and the painters who immortalized it, from Vallotton to Auberionois.

It’s not a village, not even a hamlet: Calamin is a minuscule appellation tucked between the Route de la Corniche and Lake Geneva, to the south and southeast of the village of Epesses. Sixteen hectares of vine equal a little more than 500 by 300 metres, a handkerchief in terms of vine-growing surface areas, but a jewel on the canton’s wine map. 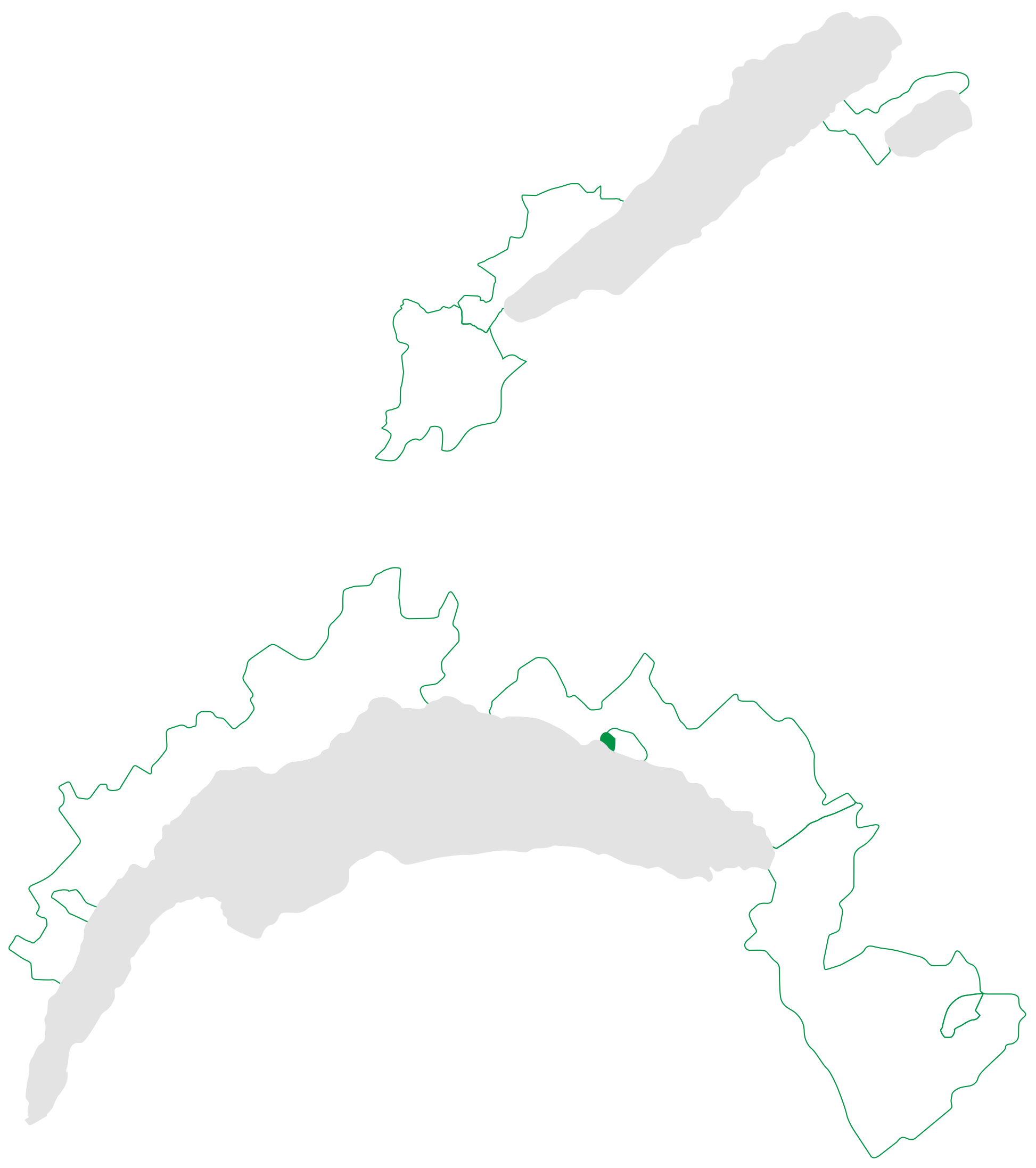 The hiker can quickly cross its terraced vineyards, which like all those in Lavaux have spectacular views of the lake and the Savoie Alps. But it will take several visits, certainly several bottles, to grasp the sensory wealth of its AOC Grand Cru.

Dézaley is best appreciated when seen from below. From a boat or from the cantonal highway along the lakefront, you have the impression you’re at the foot of a cathedral. A natural and lay sanctuary - whose spiritual side takes your breath away. 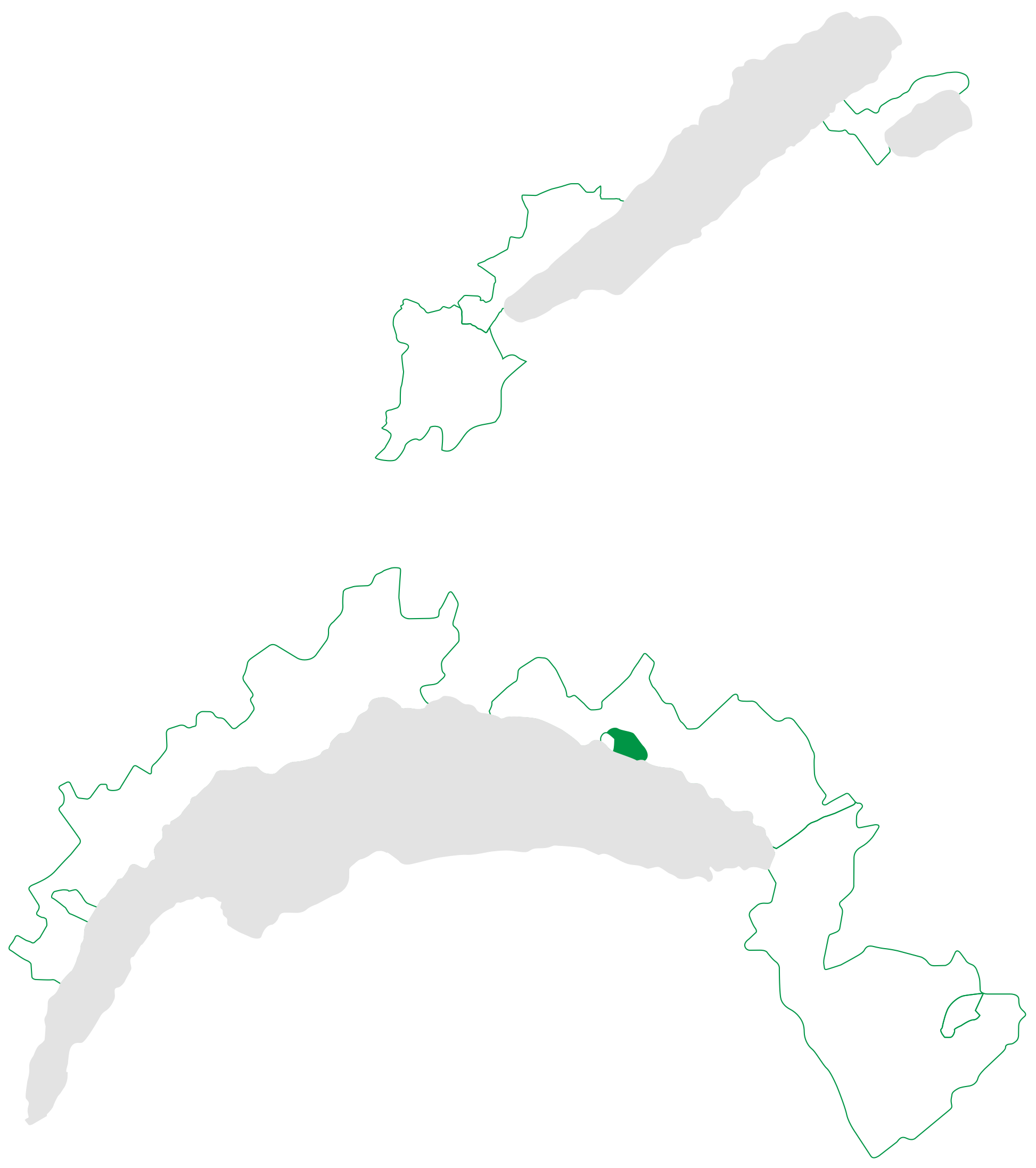 And then you have to put your calf muscles to work climbing this hillside to understand fully that these terraced vineyards, carved out by hand, were the result of a sublime inspiration! It’s not surprising that the wine that comes from this clay and limestone earth is slow to yield its secrets: it merits a respectful, attentive, almost mystical attention.

The charm of Bonvillars does not hit you all at once. It reveals itself bit by bit as you walk from Grandson to Concise, through a beautifully gentle countryside that shifts from the foothills of the Jura to the idyllic shores of Lake Neuchatel. 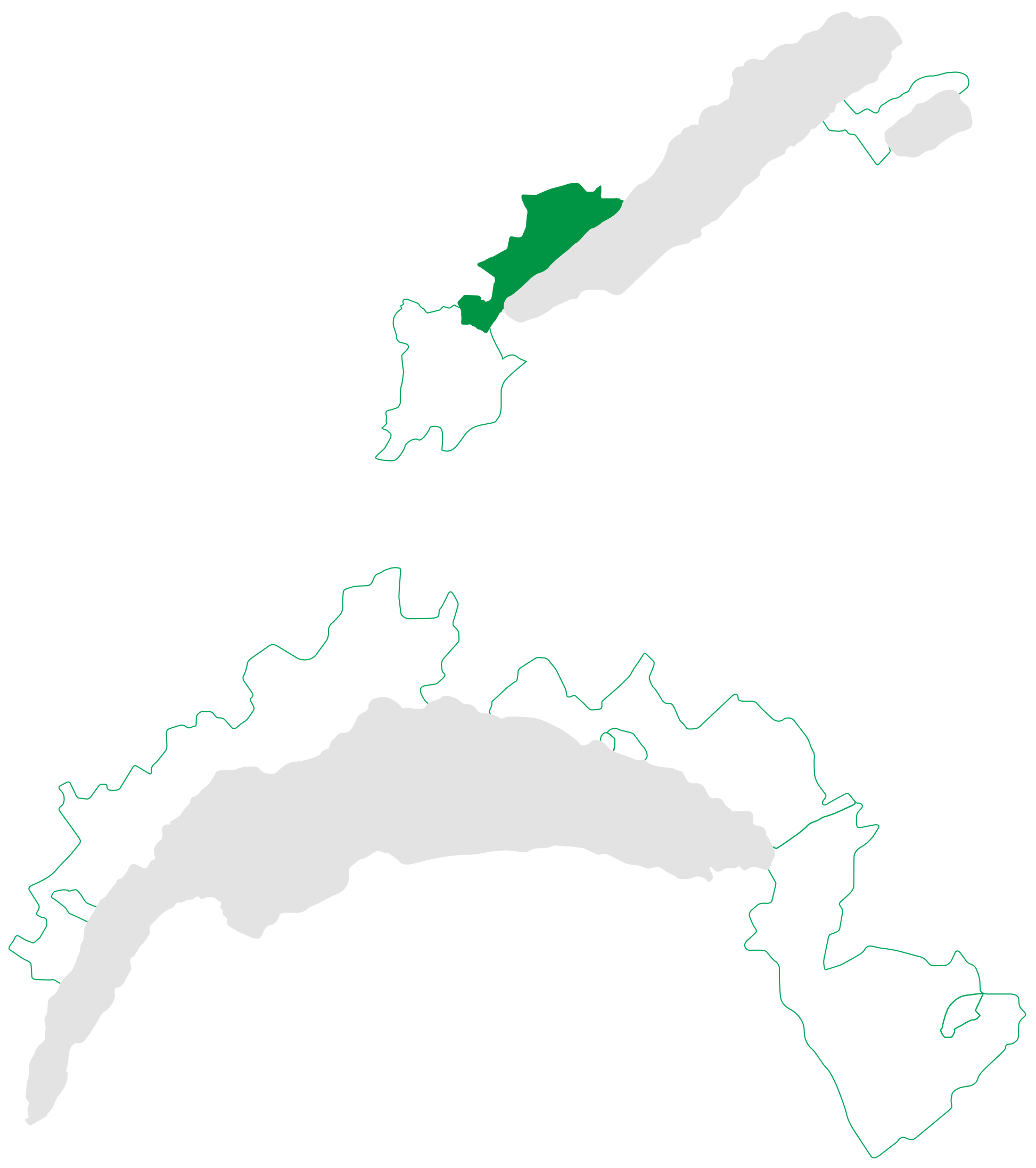 From one village to another, footpaths and trails lead you along these much-loved vineyards. Some 190 hectares of vines benefit from very measured rainfall and find their strength in the limestone rock and gravelly soil that ensures the fine mineral character of these wines. The vine parcels are marked here and there by menhirs that take us back to the time of the druids, and by traces of a medieval past that recalls a love-hate historic relationship with Burgundy.

Vines in the countryside: the 170 hectares of vines are part of a Côtes-de-l'Orbe mosaic, with fields and forests, adding vertical lines to the horizontal stripes of the landscape. To fully understand the rich diversity here you need to cross through a score of villages and hamlets and bridge the gap made by the Orbe river. The wine appellation takes its name from the river Orbe, whose spectacular gorges lead dramatically to a sharp bend where it heads off to join the Rhine basin. This is not a land of common farmers, however: the horizon is dotted with the manor homes from the days when landed gentry attached great importance to their homes and vineyards, and with the manor homes of local gentleman farmers. 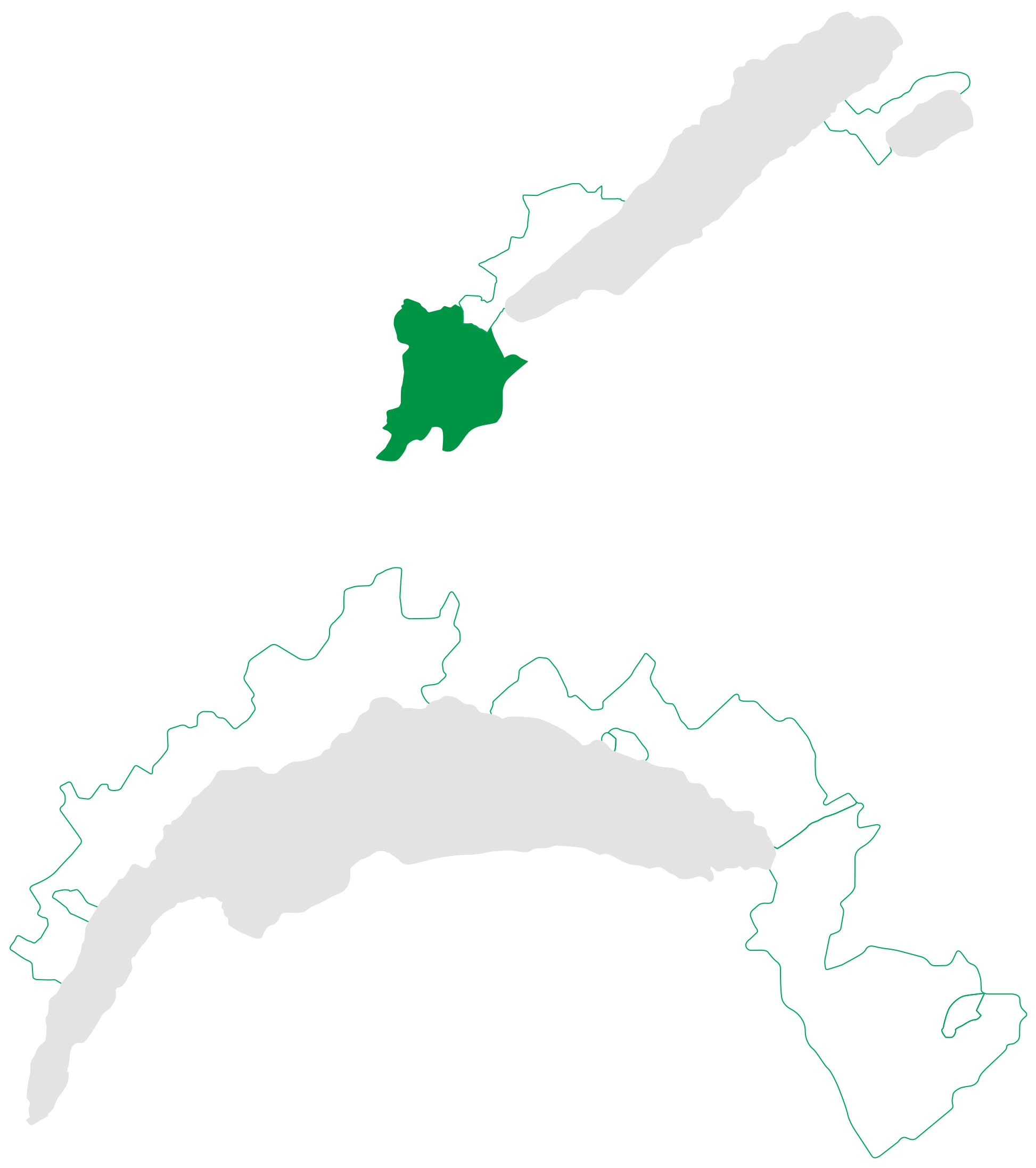 This oldest of Switzerland’s wine-producing regions has soils of limestone, sandstone and clay and a relatively dry climate. Its reputation has grown as a terroir that produces velvety red wines that are rich and well-balanced, often spicy, from traditional grape varieties such as Pinot Noir and Gamay to more contemporary ones like Garanoir, Gamaret and Mara. If you’re looking for a refreshing glass of white after a walk through the vineyards you’ll enjoy a Chasselas with its citrus notes or a Gewürztraminer with its rarer rose petal and litchi notes.